In 2000, Eric, David, and Danielle Sigier, a family passionate about the skies, formed the company AirProParamoteur in Lac-Beauport.

In order to offer formal training in accordance with Canadian regulations (license, medical certificate, insurance, and registration) and by visiting various schools and paramotoring companies in Europe, the team brought new high-quality products to facilitate training and flying.

The team then travelled by bus (the Parabus) across Quebec, Canada, and the United States to train students. That is how AirProParamoteur became known in the paramotor community. 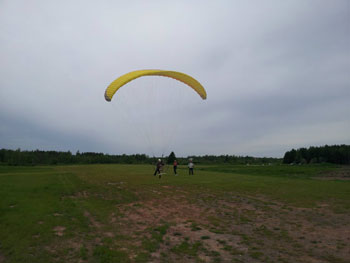 To allow better access to training, the company acquired a large plot of land in Saint-Apollinaire near Highway 20.
(Thanks to all who helped us to develop this field :-)

2004: A First Step Towards AirProGyro

Following his first competition at the National Microlight Championship, where he won first place in the paramotor division, David became a gyroplane pilot. For him, that was the realization of a dream that led to the creation of the new company, AirProGyro, few years later.

2007: Improvement of the Site to Offer Better Services

Construction of a complex including a complete mechanical workshop, a warehouse, a showroom, and offices. The former workshop was revamped into a classroom. 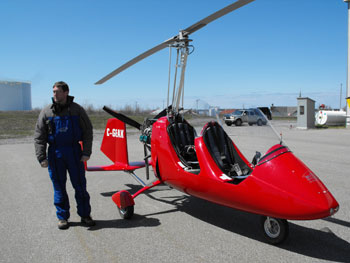 AirProGyro is born! The school offers training, sales, and maintenance of gyroplanes throughout Canada.